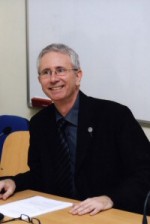 David Connolly was born in Sheffield, England, and is of Irish descent. He studied ancient Greek at the University of Lancaster, medieval and modern Greek literature at Trinity College, Oxford, and received his doctoral degree for a thesis on the theory and practice of literary translation from the University of East Anglia. A naturalized Greek, he has lived and worked in Greece since 1979 and has taught translation at the undergraduate and post-graduate levels for many years. He is currently Professor of Translation Studies at Aristotle University of Thessaloniki. He has published over thirty books of translations featuring works by major Greek poets and novelists. His translations have received awards in Greece, Britain and the United States.