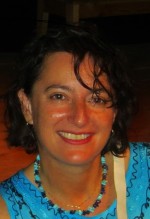 Paula Darwish is a freelance translator and professional musician. She read Turkish Language and Literature with Middle Eastern History at SOAS in London, which also included one year of study at Boğaziçi University. She graduated with a First Class Honours degree in 1997. Since then, as well as pursuing a career as a professional musician and songwriter, she has worked mainly in commercial translation. However, more recently her  submission from the novel Savaşın Çocukları by the late Ahmet Yorulmaz was named as a winner in the 2015 PEN Samples Translation Pitch competition.